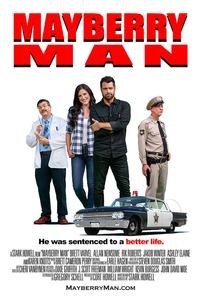 An arrogant movie star is busted for speeding in a small southern town and sentenced to attend Mayberry Fest: a weeklong festival celebrating The Andy Griffith Show. Immersed in a modern-day Mayberry, he’s given a chance to discover the true meaning of friendship and family.

A Special Selection of the YES Film Festival.